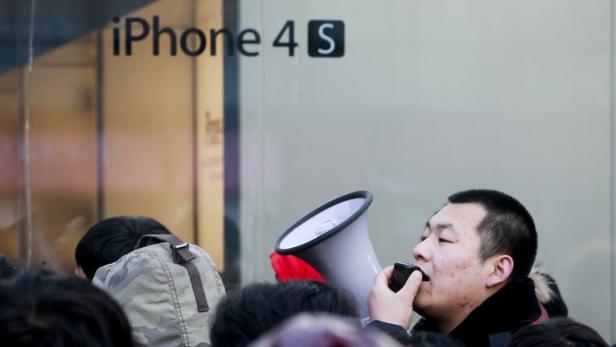 epa03057871 A guard from Apple inc. using a megaphone informs people queueing outside an Apple store that the new iPhone 4S theyve been waiting to buy will not be sold, Beijing, China, 13 January 2012. Apple announced on its website that the iPhone 4s wou 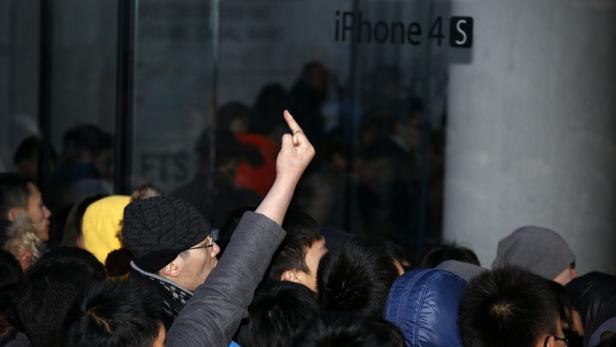 A man gestures as he stands with a crowd in the front of the Apple store in the Beijing district of Sanlitun January 13, 2012. Apple Inc said on Friday it will stop selling its latest iPhone in its retail stores in Beijing and Shanghai to ensure the safet 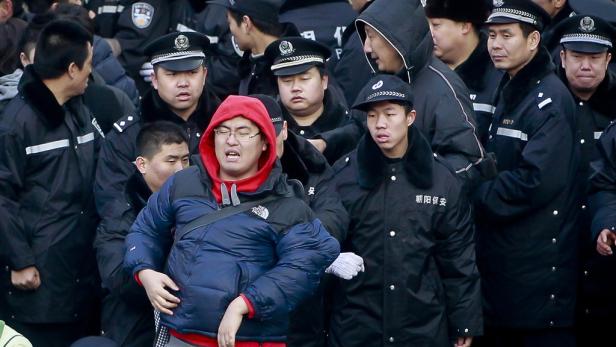 epa03057863 Police officers remove a man who was queueing outside an Apple store waiting to buy the newly launched iPhone 4S in Beijing, China, 13 January 2012. Apple announced on its website that the iPhone 4s would start selling at 07:00am on 13 January 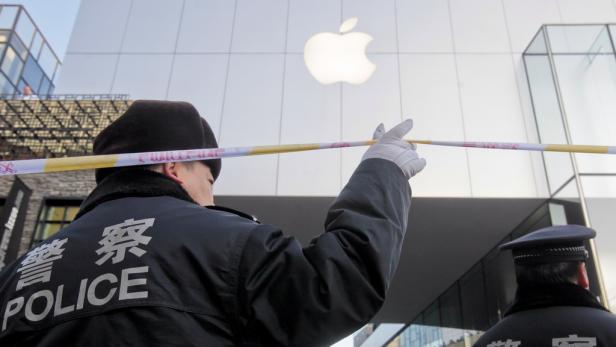 epa03057829 Police officers set up a cordoned area outside an Apple store after a scuffle arose as people were waiting to buy the new iPhone 4S in Beijing, China, 13 January 2012. Apple announced on its website that the iPhone 4s would start selling at 07

Stains of an egg are seen on the iPhone 4S logo on the Apple stores glass wall in Beijing Friday, Jan. 13, 2012. An angry crowd shouted and threw eggs at Apples Beijing flagship store after it failed to open on schedule Friday to sell the popular smartpho