We will showcase interesting start-ups and other highlights from the Pioneers-Festival on our live blog for the entire duration of the event.

From the 28th to the 29th of May the Pioneers Festival is taking place in the Hofburg in Vienna – for the fourth time already. 2,500 participants will be visiting presentations and events around the topics future technology and entrepreneurship. A number companies and personalities that have resolved to change the world are represented at this event. For instance, the company Hyperloop that is developing a supersonic train (futurezone reported on this). Futurezone is represented by a large group of editors and will be reporting live from the event.

We are Blogging for Start-ups

Besides reporting about promising start-ups and interesting ideas on our blog, we will try to convey our impressions from the Hofburg. In the coming days and weeks we will publish interviews with a number of colorful personalities that we met at the festival. But start-ups can come to our futurezone booth anytime (lobby, next to the steps on the right) -- we'll report about you in our blog.

Order and Pay with your Smartphone

14:24 - ready2order is a cloud-based billing system that makes life easier for waiters and customers. One can ring up the bill on any mobile device using ready2order, which partially eliminates the need for the purchase of special and costly handheld devices. Orders are immediately synchronized to the cloud. Payment transactions can also be made via the app.

Customers can order food with a separate app and also pay for it using a Facebook or Google account and associated credit card. Among other things, business people with a tight schedule could benefit from this. You can already select your meal from the office, immediately receive your order on arrival at the restaurant, and do not have to call the waiter to pay.

Markus Bernhart and Christopher Fuchs, two team members of ready2order, want to utilize the Pioneers Festival to network with potential partners and customers.

14:19 - ilooove.it is a social network for outdoor sports enthusiasts. Nearly 100,000 climbing and hiking fans are already on the platform. ilooove.it offers companies (that are in the outdoors sector) the opportunity to target potential customers.

In the future, the social network can connect fans to a number of other outdoor sports such as mountain biking, paragliding etc. ilooove.it was founded almost two years ago in Belgium and started as a French-language platform. Meanwhile it has changed to English language in order to serve a global audience.

14:00 - The start-up rublys offers scratch cards in a digital form. In this mobile app, companies present products or coupons that one can win, with a bit of luck. For this you must scratch off three surfaces (like a normal scratch card) on the touch screen. Three identical symbols and you win. rublys offers companies a mix of mobile marketing and gamification. The primary goal is to start a new unusual advertising opportunity.

The start-up is currently active in all German-speaking areas, and the app has been downloaded more than one million times. The next step is the expansion into the United States. That is why rublys is looking for investors and partners at the Pioneers Festival. In Austria, rublys has become better known after participating in the TV show "Two minutes, two million"

The Capsule as a Home

The shiny and elegant capsule that offers a home anywhere in world is parked in the lobby of the Hofburg. Noble surroundings, which the capsule does not actually need, since it is powered by solar and wind energy (the six founders reassured us at the Pioneers Festival). The 7,6 m2 includes a small kitchen, a double bed, a toilette, and a shower – it even includes underfloor heating. 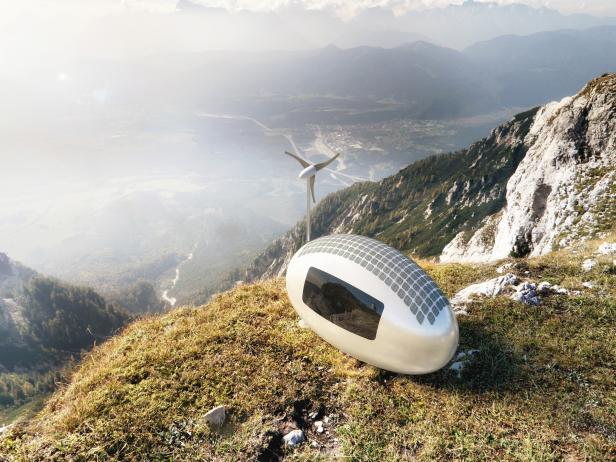 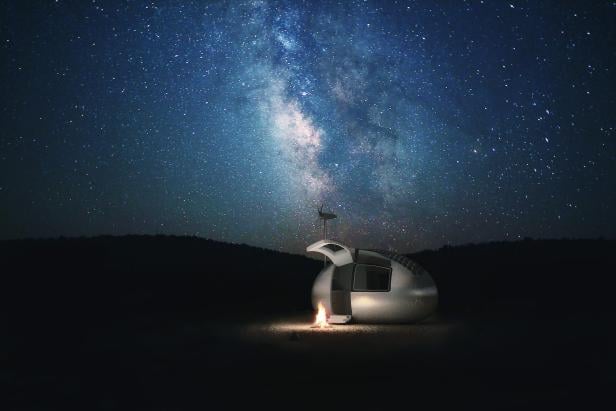 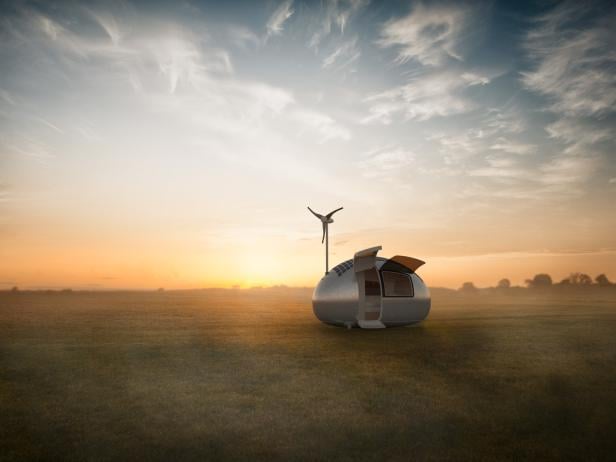 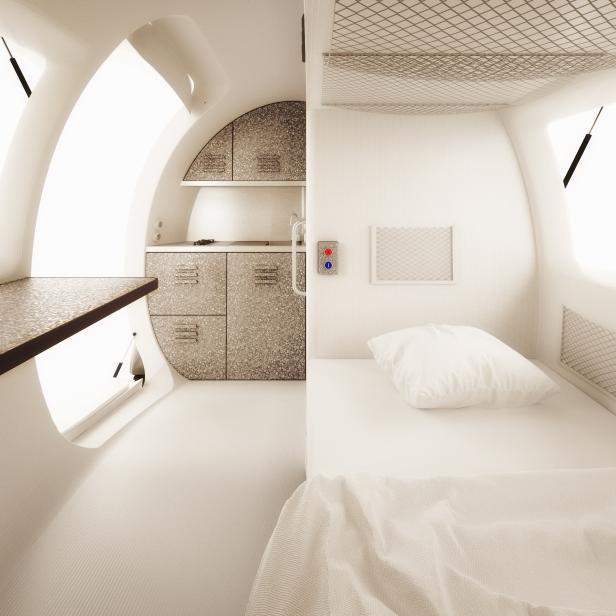 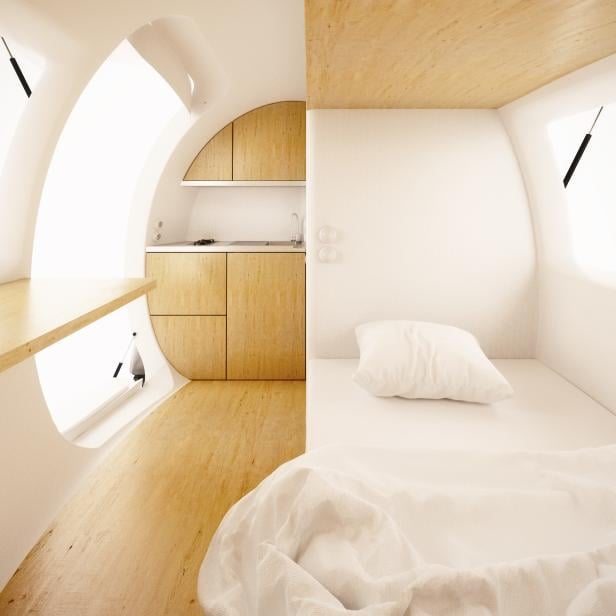 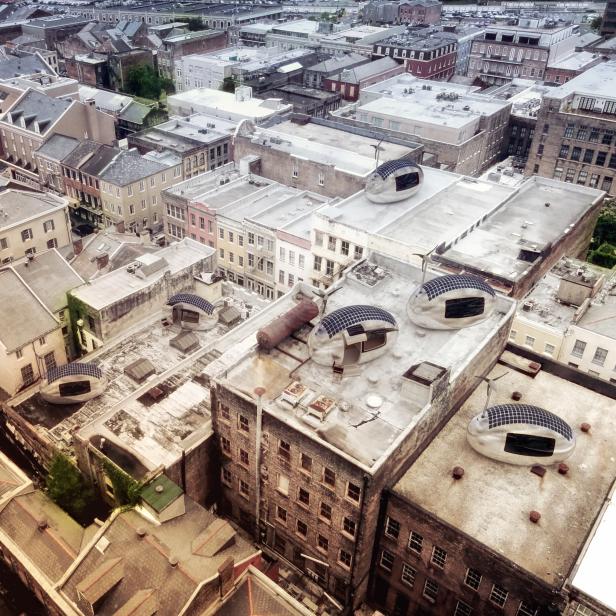 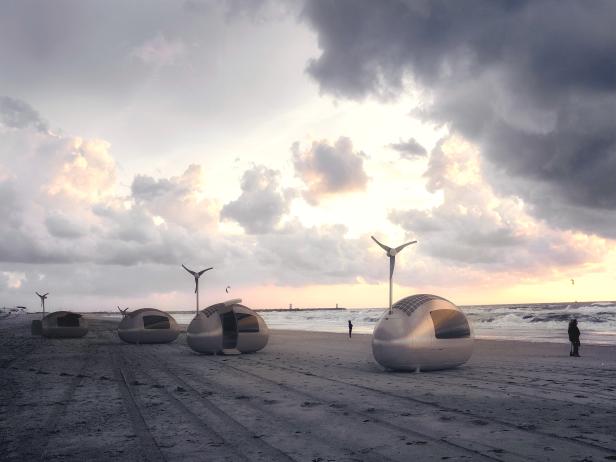 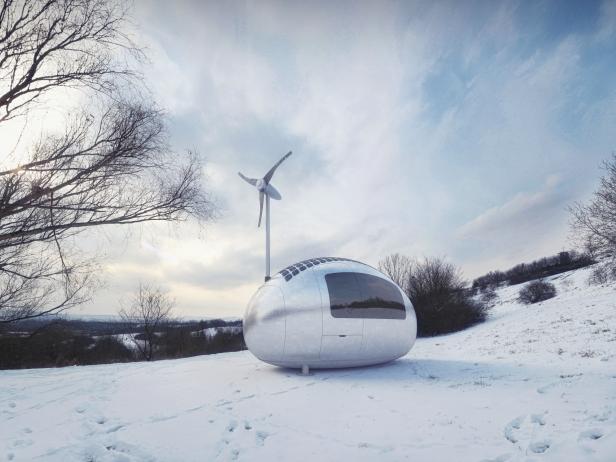 It is powered by solar and wind energy and can gather rainwater. The ecocapsule will be on the market next year, but orders can be placed during the course of this year already. The founders do not want to reveal how much it is going to cost. “It will be affordable,” the founder Igor Zacek promises.

13:10 - The Business-Angel-Start-up Immipreneurs of Austria (IoA) invests in start-ups with a focus on those whose founders have a immigration background and want to start a business in Austria. IoA was founded in December 2014 and can be considered a start-up itself.

Up to date, it has already helped set up three companies in Austria, through financing, coaching, and support with sales and administration. Partners of the project come from all over the world: Ukraine, Senegal, as well as Pakistan and China.

11:41 – One of the first visitors to our futurezone booth, on the ground floor of the Pioneers Festival 2015, is Thomas Kulnigg, lawer from the law office Schönherr. He is at the festival to meet start-ups that want to settle down in Austria or Central and East Europe (CEE). Schönherr wants to support these companies with legal advice. “The earlier you establish good legal conditions, the fewer problems you will have later”, says Thomas Kulnigg.

Start-ups should start early to care about securing their brands and patents in the right way. Regarding labor law questions or even exit scenarios a “legally correct” basis can save all involved from unpleasant surprises. Schönherr offers special start-up packages at fixed prices.

11:35 – on the first floor of the Hofburg we came across a surprisingly human-like robot. His name is “Han” and is a product of the US company called Hanson Robotics, specialized on humanoid robots with detailed and accurate expressions. Han consists of a head and half a torso. Forty-six motors move his head and face, and his skin is made of highly flexible material that Hanson Robotics calls “Frubber”.

The robot can be equipped with a number of different sensors. Among other things, one can interact with the robot using speech recognition. According to the manufacturers, Han can be used for many purposes; for instance, in the entertainment sector as a salesman in a shop or a barkeeper or in the healthcare sector.

11:22 – at the very beginning of the Pioneers Festival 2015, the Vienna Business Agency gave its “welcome package” to five promising, international start-ups, that want to establish themselves in the Austrian market. The welcome package includes a three-month stay in Vienna, including offices in a co-working space, as well as a coach.

The welcoming package was given to the Romanian start-up Axosuits and JJS Media from South Korea, among others. The start-ups will work in Vienna from September. The official invitation was handed over by Vienna’s vice mayor Renate Brauner.

The first start-up to utilize our offer has already come forward with a great idea. The Bruzzlr is a portable grill that can charge smartphones and laptops. Instead of using coal, it uses the energy of the sun. A parabolic mirror (that supposedly fits into a bag easily) cooks food, and the heat is also transferred to a Photovoltaic cell.

In this way, more than one device can be charged at the same time. “We actually just wanted to grill in the park but then some people came and asked if this grill is on the market.” From September on, a Kickstarter campaign will start, but you can already reserve it online. The price is not final, but it should be around 170 to 180 euro.

We made it! Together with hundreds of other Pioneers Festival participants, futurezone finally arrived at the Pioneers Festival in the Hofburg in Vienna. Futurezone it here with altogether five editors (Gerald Reischl, David Kotrba, Andrea Hlinka, Markus Kessler, Michael Leitner) – if you see us, just speak to us. Otherwise, come and visit us at our futurezone booth in the lobby.